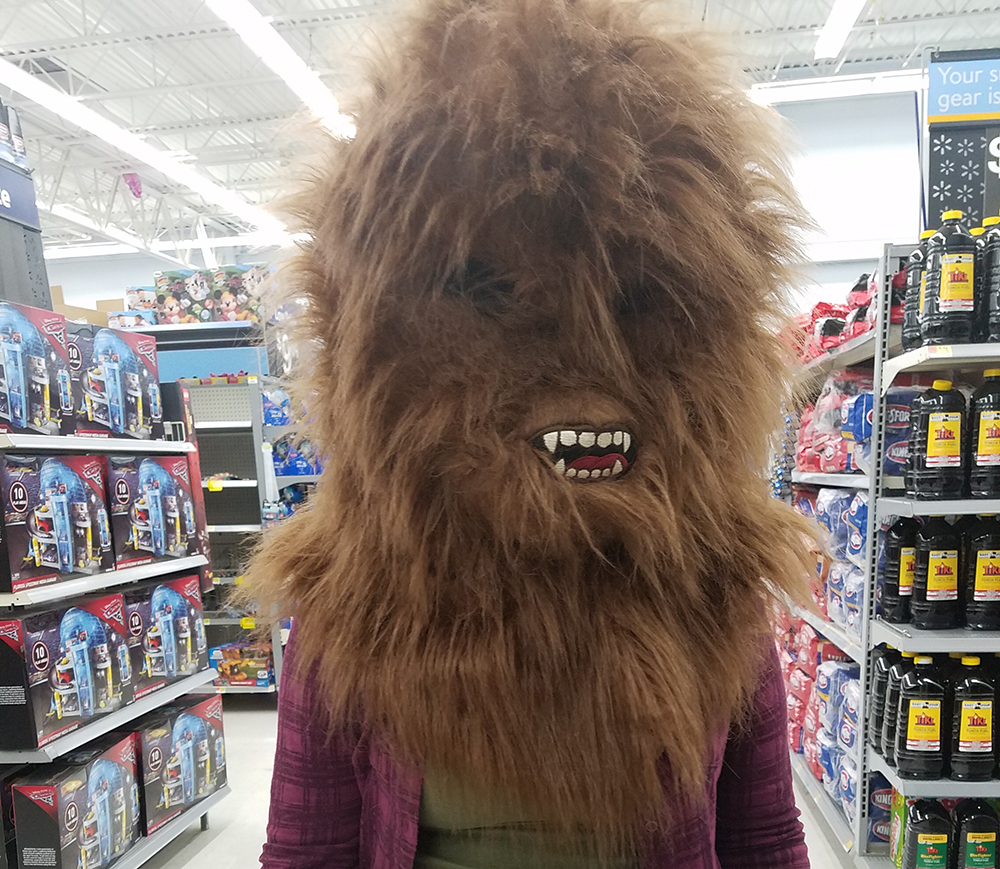 I haven’t seen the new Star Wars movie, so you don’t need to worry about spoilers.  With that said, I am a big fan of the original trilogy and what used to be known as the expanded universe books.  I won’t be seeing the new films until they are all out, but I read a nice article today about how the new movie fits the nostalgia of the originals.

There was something magical about the first 3 films (IV, V, and VI) that seemed to get lost in Episodes I, II and III.  I personally don’t think I have watched the newer films more than once all the way through.  They just don’t have the same feeling.  I have been looking for a way to quantify the difference for the last few days, and I think I finally struck on something today.  In fact, I found something seemingly prophetic.

Maybe George Lucas had far more up his sleeve than we give him credit for.

As I look at Episode I with fresh eyes, I see an enemy that uses its endless droid armies to fight it’s battles for them.  The lives behind that side of the conflict are protected as they send robots to fight and be destroyed in their place.  The only pain they feel is in their bank accounts as droid after droid is destroyed by a hapless gungan and a marauding cast of other characters.  In a way, the clone troopers fall into this category of enemy as well.  There is no true cost because you can always clone more.  How do you defeat an enemy?  You either destroy them completely, or convince them that their fight is no longer worth the cost.  An enemy with no real skin in the game is invincible in the short term.  (After this point, to win the war you have to deny the other side resources.  A long and drawn out process.)

My understanding of the newest film is that the sense of magic is restored.  It feels like the original Star Wars again. To my knowledge, no one is facing a giant inexhaustible army of droids, but rather the battle is between flesh and blood. Between light and dark.

So what does this have to do with pursuing peace?  Allow me to say this in the most patriotic way possible.  I love you America, but you have lost your way.  When we, like the trade federation in Episode I, can choose to send robots to do our fighting and killing for us we have become a form of terrorists.  We are the unbeatable enemy, we are the short-term invincible.  Ultimately, we may even become the Empire.

Perhaps George Lucas saw this coming.  Perhaps he saw America as a droid army, using technology to take all the cost out of killing.  Seperating ourselves from the battlefield by bits and bytes.

If we want to make America great again, as some politicians are so fond of saying, we need to stop killing people by remote control.  We become the terrorists when we send robots to do our killing for us, keeping our own lives out of the reach of those we justly or unjustly seek to destroy.

If it isn’t a conflict that our free thinking soldiers would willingly give their lives to protect us from, perhaps it isn’t a conflict we should be having.  If giving up our pursuit of death by drone creates an unacceptable risk of loss of life, we should end the conflict.  If we seek to be honorable in conflict, both sides must share an equal cost.  If there must be war, at least pursue it as honorably as possible.

I think some of the nostalgic feel of the newest Star Wars is due to the return of forces of flesh and blood battling to decide the future.  Our future also belongs in the hands of flesh and blood heroes, who will willingly risk their lives in a just conflict.  Our future, our greatness will not be preserved by a Predator drone.